A carefree Elf witnesses a despicable crime. Forever changed, the Elf resolves to give closure to the victim’s Beloved.

Based on the fairy tale by Hans Christian Andersen, The Rose Elf takes you to a world where a tiny elf lives happily and contently in the protective petals of a beautiful rose. When the flower closes one night before the Elf returns home, the Elf seeks shelter in some nearby honeysuckle.

There, the Elf overhears the Girl and her Beloved exchange tender goodbyes, as the Beloved prepares for a lengthy journey. After the Beloved embarks, the Elf watches in horror as the Brother brutally murders the Beloved and buries him beneath a linden tree.
The Elf whispers the truth to the Girl while she sleeps, leaving her a leaf from the linden tree to convince her that their message was not a dream. When she awakens, the Girl pursues the terrible truth, even though it could destroy her.

Join us for the Pittsburgh premiere of David Hertzberg’s hauntingly beautiful opera The Rose Elf. The New Yorker says its music “blooms with warmth and depth”, and OperaWire praises Hertzberg as “masterful at using a minimal number of instrumentalists to create gargantuan sound.”

Developed through Opera Philadelphia’s Double Exposure program in 2016 and 2018, The Rose Elf premiered on June 6, 2018 in the catacombs of Green-Wood Cemetery in Brooklyn, in a production by R.B. Schlather. These will be its second-ever performances.

The Rose Elf is sponsored in part by a gift from an anonymous donor. 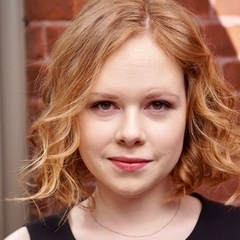 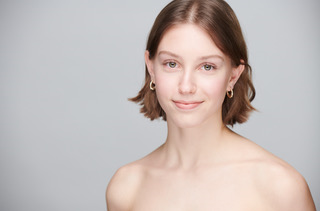 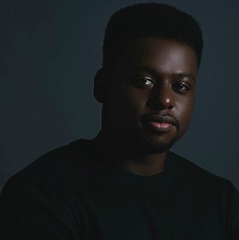 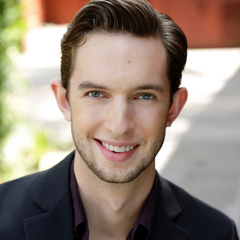 Words and music by David Hertzberg, based on the fairy tale The Elf of the Rose by Hans Christian Andersen

Four performances at the George R. White Opera Studio, Bitz Opera Factory, 2425 Liberty Avenue. These will be the first performances by Pittsburgh Opera.

i. Dithyramb
The moon and sun sing veiled invocations, in beckoning chant.

I. A garden in ripest bloom. Midday, the sun is shining.

The elf, a strange, sensuous being who dwells within the roses, lies inside a blossom, caressing its petals, breathing its fragrance. They leave to frolic in the garden, tracing the paths in the veins of a linden leaf. When they return to rest at nightfall, the rose has closed in the cold. Seeking shelter, they happen on a bower, wherein two human lovers exchange mournful goodbyes. The girl gives her lover a rose, which opens from the warmth of her kiss, and the elf crawls inside. As the lover treks through the dark forest, he caresses and kisses the gifted rose, scorching and smothering the elf inside, when suddenly, he is murdered in cold blood, with the elf as witness. The elf then visits the girl in sleep and tells her the grisly tale: her brother has killed her lover. The girl wakes and exhumes her lover’s body from the forest. The elf returns to the garden and finds their rose has wilted.

The girl has interred her beloved in a pot with jasmine sprigs. The elf watches from a potted rose on her windowsill as she waters the jasmine flowers with her tears. Her brother enters; the elf listens as he mocks her, asks her vainly why she cries over the pot. As the girl withers away, the elf is moved to console her; they crawl into her ear and whispers to her about the garden, the roses, and the elves that dwell within them. The girl passes peacefully, and the elf returns to a new rose in the garden. The brother returns and takes the pot from under her lifeless head, brings it to his room, and as the curtain falls slowly, the silhouettes of the jasmine flowers grow and blossom.

Audience members talk about the opening night performance of Pittsburgh Opera's production of The Rose Elf.